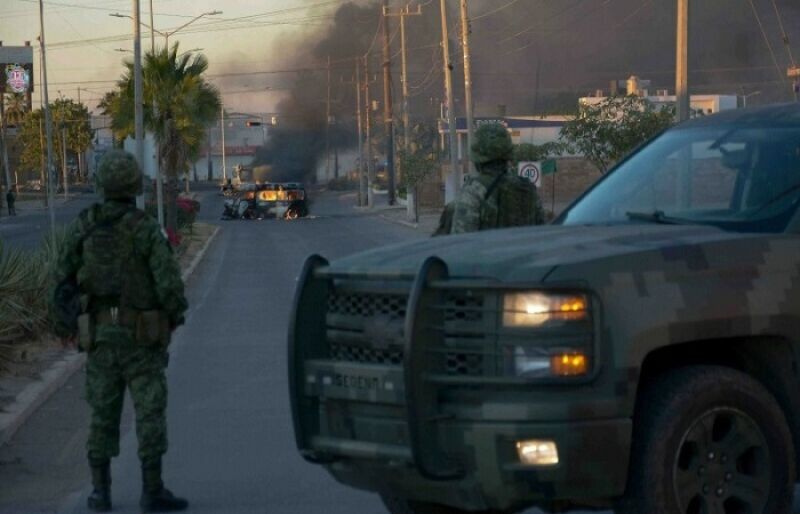 Mexican security forces on Thursday captured Guzman, a son of jailed kingpin Joaquin “El Chapo” Guzman. Members of the Sinaloa Cartel and their associates went on a rampage, fighting security forces, setting vehicles on fire and blocking roads across the Pacific coastal state.

The violence was concentrated in and around Culiacan, the capital of Sinaloa, home of the powerful drug cartel that El Chapo headed before his 2016 capture and extradition to the United States in 2017.

Twenty-one other people were arrested during Thursday’s operations, Sandoval told a news conference. He said there were no reports of any civilian deaths.

Ovidio Guzman, 32, was arrested in the early hours of Thursday, prompting a shootout with gang members, Sandoval said. Guzman was then extracted by helicopter from the house where he was caught and flown to Mexico City, the minister added. He is now being held in a maximum security federal prison.

An enhanced security presence will remain in place in Sinaloa to protect the public, with an additional 1,000 military personnel traveling to the region today, Sandoval said.

A failed operation to detain Ovidio in 2019 ended in humiliation for the government of Lopez Obrador, after that arrest also triggered a violent backlash from cartel loyalists.

At that time, Ovidio was quickly released to head off the threat of retribution from his cartel.

Ovidio’s latest capture comes before a North American leaders’ summit in Mexico City next week, which US President Joe Biden will attend. Cooperation over security is due to be on the agenda.