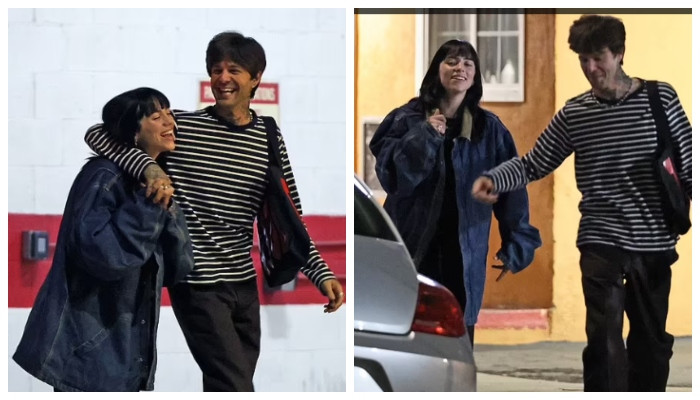 
Billie Eilish and her rumoured beau Jesse Rutherford were spotted sharing a flirty moment during their recent outing.

In photos obtained by DailyMail, the Bad Guy hit-maker could be seen sharing a kiss with Rutherford following a dinner date at Studio City restaurant La Mirch in Los Angeles on Tuesday evening, following more than a week of furious speculation regarding her love life.

With her arms draped across his shoulders, Billie, 20, was seen sharing an intimate moment with the 31-year-old singer – who performs with rock band The Neighbourhood – as they made their way onto the street.

Billie looked happier than ever as the new couple walked with their arms around each other.

The singer-songwriter couldn’t wipe the smile off her face during their romantic evening out together as they laughed and joked together while enjoying their meal at the Indian restaurant.

This was the couple’s second date night in two days after the duo cosied up to one another in a red leather booth while tucking into pasta on Tuesday.