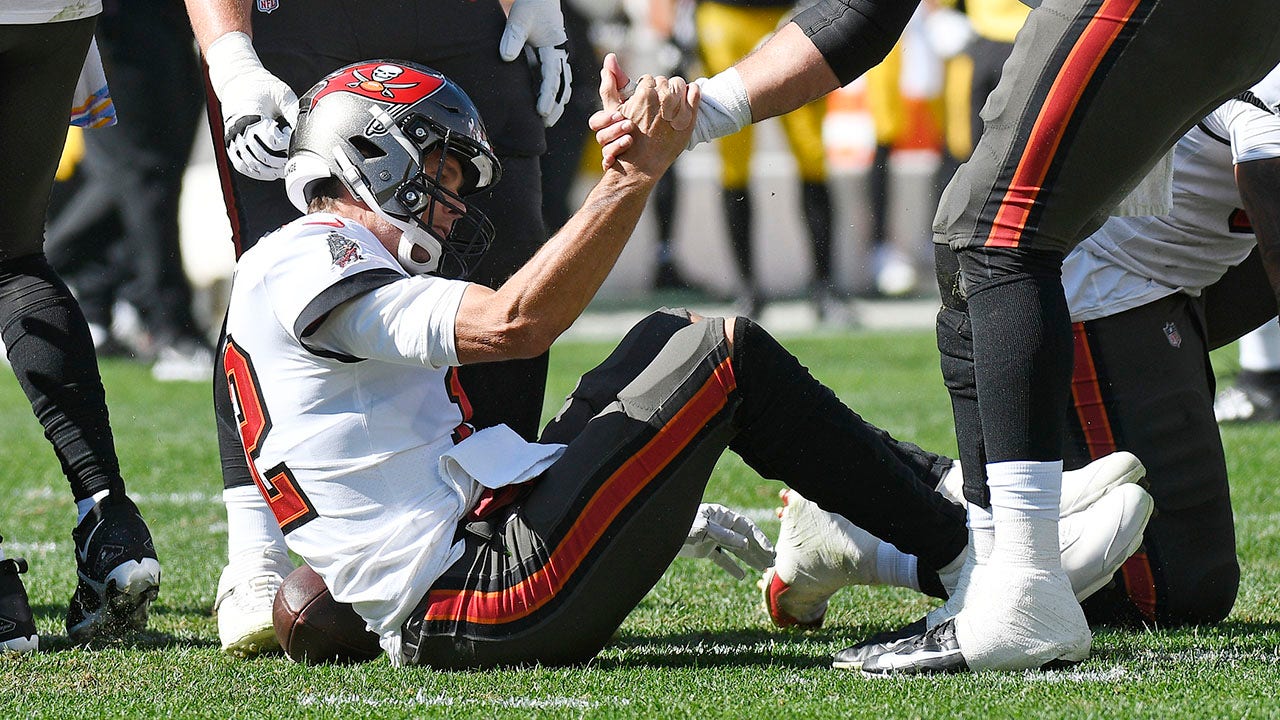 
Tampa Bay Buccaneers head coach Todd Bowles was adamant Monday that Tom Brady receives no “special treatment” after the veteran quarterback came under scrutiny for missing Saturday’s walk through to attend Robert Kraft’s wedding in New York ahead their matchup against the Pittsburgh Steelers.

Brady attended the wedding of New England Patriots owner Robert Kraft in Manhattan on Friday night and missed the team’s walkthrough the following day, raising questions about whether the trip and missed session played a role in the Bucs’ 20-18 loss.

Tampa Bay Buccaneers quarterback Tom Brady is helped up after a play during the first half of an NFL football game against the Pittsburgh Steelers in Pittsburgh, Sunday, Oct. 16, 2022.
(AP Photo/Don Wright)

“No, he didn’t miss anything. He had a full week of practice,” Bowles said after the game.

“Absolutely not,” he responded when asked directly if it impacted Brady’s performance.

On Monday, Bowles was asked again about Brady’s absence and the perception that he receives special treatment, seemingly in reference to his other excused absence during the preseason.

Tom Brady #12 of the Tampa Bay Buccaneers throws the ball during the first quarter against the Pittsburgh Steelers at Acrisure Stadium on October 16, 2022 in Pittsburgh, Pennsylvania.
(Justin K. Aller/Getty Images)

“He works as hard as anybody,” Bowles said. “Special treatment – there’s been a few guys that have missed some meetings and some practices for some special things that just doesn’t get publicized because they’re not him. It kind of comes with the territory. You don’t worry about it too much.”

When asked if there are other players who miss practices for personal reasons, Bowles replied: “A lot more than you realize.”

Tampa Bay Buccaneers quarterback Tom Brady (12) gives signals at the line of scrimmage during the first half of an NFL football game against the Pittsburgh Steelers in Pittsburgh, Sunday, Oct. 16, 2022.
(AP Photo/Don Wright)

Brady finished 25-of-40 for 243 yards and one touch down but the Bucs’ red zone struggles resulted in four field goals.

“I’m dissatisfied with a lot of things,” Bowles said Monday. “Winning is number one. It’s not about the play-calling, it’s all-inclusive. Players have to execute what the coaches call and coaches have to make sure that the players are in the right position to call them. We don’t throw blame anywhere – it’s all-inclusive. It’s offense, defense and special teams when we have a bad game. It’s not even about play-calling, it’s just about team.”