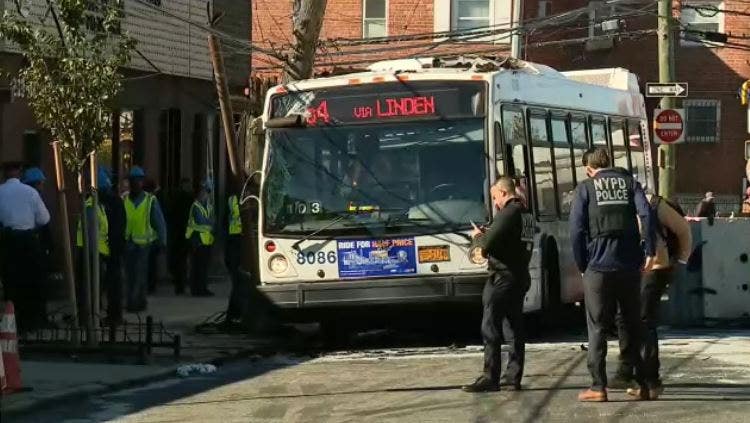 
A gunman hijacked a New York City MTA bus in Queens on Thursday morning before the vehicle crashed into a utility pole, authorities said.

The gunman confronted the bus driver around 7 a.m. at 199th Street and Linden Boulevard in Cambria Heights, police told Fox News Digital. The driver told officers that the gunman demanded that he open the door before ordering him to drive at gunpoint.

The driver had opened the back door of the bus so that passengers could escape, sources told the WPIX-TV.

Police said the driver jumped out a window of the moving bus a short time later, sending the bus crashing into the pole.

An MTA bus was hijacked in Queens; subsequently, the drive jumped out of the window after the bus crashed.
(Fox News)

The bus driver was treated for minor injuries at a hospital.

Police said the gunman was taken into custody.
(Fox News)

Police took the gunman into custody at the scene.

The bus crashed into a police after the bus driver jumped out a window.
(Fox News)