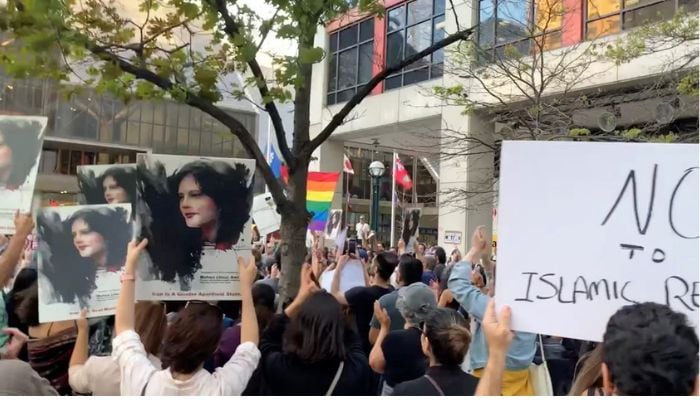 
Canada imposed fresh sanctions on Iran on Monday for alleged human rights violations, including the death of Mahsa Amini, a 22-year-old from Iranian Kurdistan who died while in the custody of Iran’s “morality police,” the Canadian government said.

“These sanctions are in response to gross human rights violations that have been committed in Iran, including its systematic persecution of women and in particular, the egregious actions committed by Iran’s so-called “Morality Police”, which led to the death of Mahsa Amini while under their custody,” the Canadian government said in a statement.

These new measures built on Canada’s existing sanctions against Iran and listed 25 individuals and nine entities, including officials in Iran’s Islamic Revolutionary Guard Corps (IRGC) and its ministry of intelligence and security, the Canadian government said.

“The continued and systemic persecution of Iranian women must stop,” Canadian Foreign Minister Melanie Joly said. “Canada applauds the courage and actions of Iranians and will stand by them as they fight for their rights and dignity.”

Amini was arrested on September 13 in Tehran for “unsuitable attire” by the morality police. She died three days later in hospital after falling into a coma.

Amini’s family says she was beaten to death in custody. Iran’s police authorities deny those allegations and say Amini died of a heart attack.

Her death sparked huge protests in Iran and by Iranians in other parts of the world. The unrest has spiralled into the biggest show of opposition to Iran’s authorities in years.

Prior to Monday’s measures, Canada had imposed sanctions on a total of 41 Iranian individuals and 161 Iranian entities, the Canadian government said.