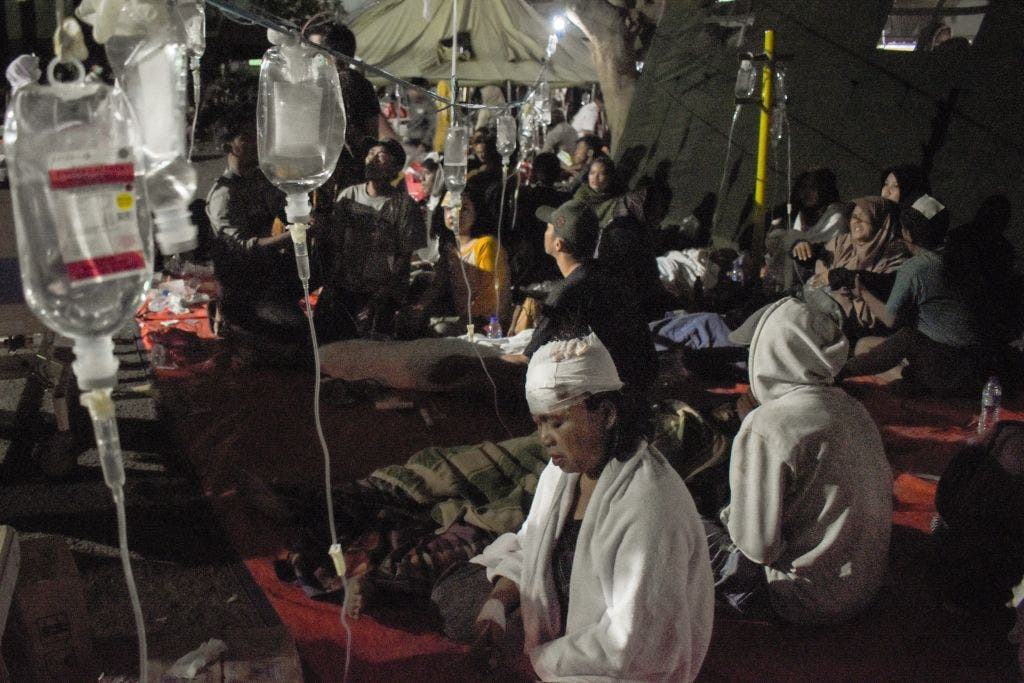 
The death toll from a massive earthquake that struck Indonesia skyrocketed to 162 on Monday.

The quake struck Indonesia’s main island of Java and destroyed dozens of buildings. First responders erected mobile clinics to treat those inured as others searched for survivors in the debris. National Disaster Mitigation Agency chief Suharyanto said as many as 700 people were injured in the disaster.

The agency said an Islamic boarding school, a hospital, and other public facilities were among the dozens of damaged buildings.

Wounded survivors of an earthquake are being treated in the yard of a hospital in Cianjur on November 21, 2022. (TIMUR MATAHARI/AFP via Getty Images)

Another powerful Indian Ocean earthquake and tsunami killed nearly 230,000 people in a dozen countries in 2004. The majority of these people were in Indonesia.

“Buildings were completely flattened,” Dwi Sarmadi, an employee for the boarding school, told The Associated Press. “I was working inside my office building. The building was not damaged, but as the quake shook very strongly, many things fell. My leg was hit by heavy stuff.”

A number of buildings collapsed due to an earthquake in the Nyalindung village area, Cuguenang sub-district, Cianjur, West Java, Indonesia on Monday 21 November 2022. The 5.6 magnitude earthquake resulted in 162 people dying and hundreds injured. (Photo by Eko Siswono Toyudho/Anadolu Agency via Getty Images)

“I really hope they can handle me soon,” he added of medical officials nearby.

Casualty data is not final, as many of those injured suffered critical wounds.

Fox News’s Landon Mion and The Associated Press contributed to this report.