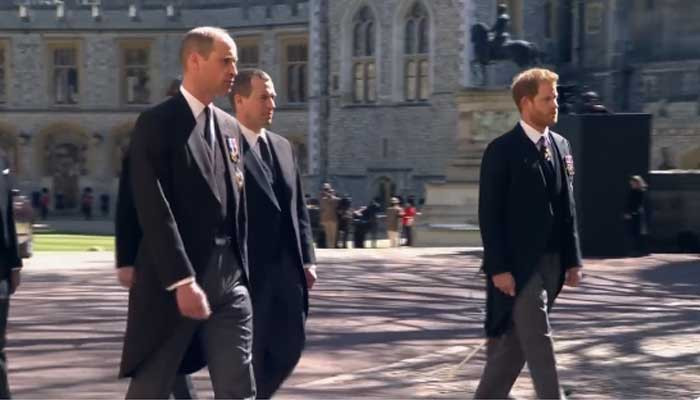 
Prince Harry showed Prince William’s text to his wife Meghan Markle who was reportedly speechless and replied one short word in reaction of the message.

Prince William reportedly sent a text message to his younger brother Harry after the Duke and Duchess of Sussex’s interview with Oprah in March 2021.

In the final part of their Netflix docuseries Harry & Meghan, the Duke can be seen holding his phone up to Meghan to show her the message, to which she replies one word before embracing him.

In the clip, Harry comes over to show his wife a text on his phone, holding up the message in the air for her to read. Meghan appears speechless as she reads it then responds saying ‘wow’.

Stunned Meghan says, “What am I looking at?” before reading the text and responding one word: “Wow”.

Meghan and Harry made headlines with their tell-all interview with US TV host Oprah Winfrey in March 2021 as the couple lifted the lid on life behind Palace walls and made several allegations about their family.