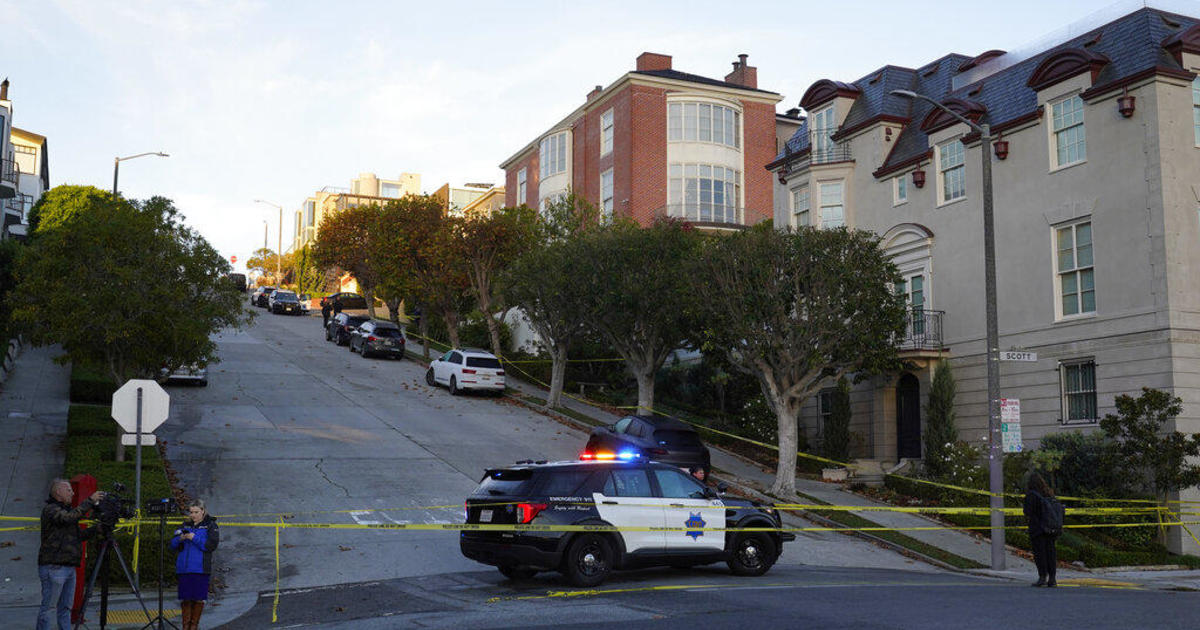 Paul Pelosi, the husband of House Speaker Nancy Pelosi, underwent surgery to repair a scull fracture after he was beaten with a hammer inside his San Francisco home Friday. Law enforcement sources told CBS News the intruder shouted “Where is Nancy?” and planned to detain Paul Pelosi until she got home.

Police wouldn’t comment on a motive, but said this was “not a random act,” and that it was targeted and “wrong.”

With the attacker in the house, police say Paul Pelosi was able to make an open-line 911 call around 2 a.m. Friday. The dispatcher could hear what sounded like someone being threatened in the background, and sent a high priority alert to law enforcement, according to federal sources.

The dispatcher’s actions “in my opinion resulted in both a higher priority dispatch and a faster police response,” San Francisco Police Chief William Scott said on Friday. “I think this was life-saving.”

When police arrived on the scene, they saw signs of forced entry, including broken glass.

The suspect, 42-year-old David Wayne DePape, was immediately apprehended by police. He will be charged with attempted homicide, assault with a deadly weapon, elder abuse, burglary and several additional felonies, according to authorities.

Nancy Pelosi, who was in Washington, D.C., at the time of the attack, rushed to the San Francisco hospital where Paul “underwent successful surgery to repair a skull fracture and serious injuries to his right arm and hands,” according to Nancy’s office. He is expected to make a full recovery.

But the break-in raises concerns about the safety of members of Congress and their families. Capitol Police are responsible for Nancy Pelosi’s security and the security of other members of Congress. Law enforcement told CBS News they do not have the resources — nor is it standard protocol for them — to protect lawmakers’ families around the clock.

President Biden condemned the attack while campaigning Friday night in Philadelphia: “Every good person of good conscience needs to clearly and unambiguously stand up against the violence.”

Senate Minority Leader Mitch McConnell wrote he was “horrified and disgusted” by reports of the incident. And Texas Republican Ted Cruz, a longtime critic of Pelosi, tweeted: “We can have our political differences, but violence is always wrong & unacceptable.”

But on Friday, just days before the midterm elections, the Department of Homeland Security issued a new bulletin warning of a “heightened threat” toward “candidates running for public office, elected officials” and “election workers.” It said some violent extremists might be motivated by “differing perceptions of issues like government overreach, firearms regulation, and immigration policy” — issues that have been front-and-center in the runup to the midterms.