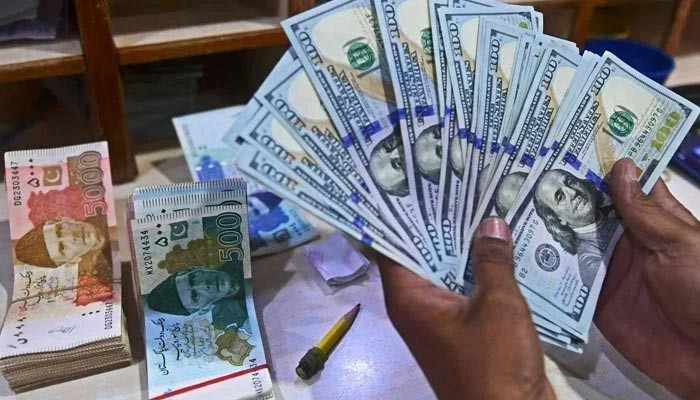 
KARACHI: Pakistani rupee extended losses against the dollar for the fifth straight session as the demand for the US currency from the importers heated up owing to the opening of new LCs (letters of credit).

The dollar also strengthened in the open market as the rupee lost 0.50 to close at 226.20.

Analysts have said that the local unit will remain rangebound in the ongoing week, depending on the demand for greenback by importers as the central bank has started to clear pending letters of credit.

Dealers believe that rising importer demand for the dollar was the reason the rupee reversed its previous trend of appreciation against the dollar. However, dollar conversions by exporters have decreased.

Talking to Geo.tv, economist and former adviser to the federal ministry of finance Dr Khaqan Hassan Najeeb the movement of a currency in a market-based exchange rate can be largely influenced by three factors — market sentiment, speculation and fundamentals.

“The rather disorderly movement that was seen in the rupee earlier all the way to 240 was partly sentiment and partly speculation,” the economist said.

With the element of speculation slowing and the liquidation of export receipts held abroad, the rupee saw a correction to nearly Rs 218, Khaqan said.

“The exchange rate movement is likely to be more fundamentally driven dependent on dollar inflows and the foreign exchange reserves held by the state bank of Pakistan,” he said.

“At the same time managing the current account deficit is an important influence in the market-based exchange rate movement for coming months,” Khaqan said.

The central bank’s foreign exchange reserves decreased by $303 million to $7.596 billion as of October 7 due to external debt repayments.

The central bank’s reserves are enough to cover hardly one month’s worth of imports.