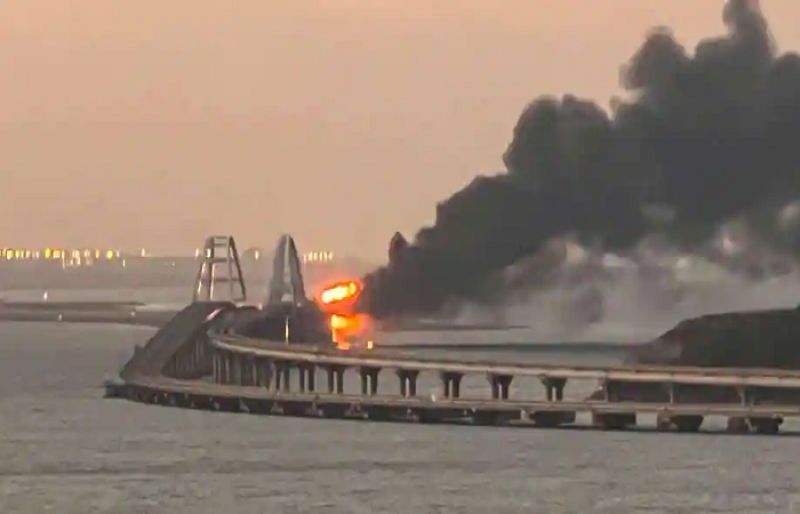 Russia has arrested eight suspects over an explosion that damaged a strategic bridge linking annexed Crimea to Russia.

According to international media, Russia’s Federal Security Service (FSB) said on Wednesday that it had arrested five Russians and three citizens of Ukraine and Armenia.

Explosives were stored in plastic film rolls that left the Ukrainian port of Odesa in August and transited through Bulgaria, Georgia and Armenia before entering Russia, the service said.

The FSB accused Ukraine’s military intelligence service and its director Kyrylo Budanov of organising the attack.