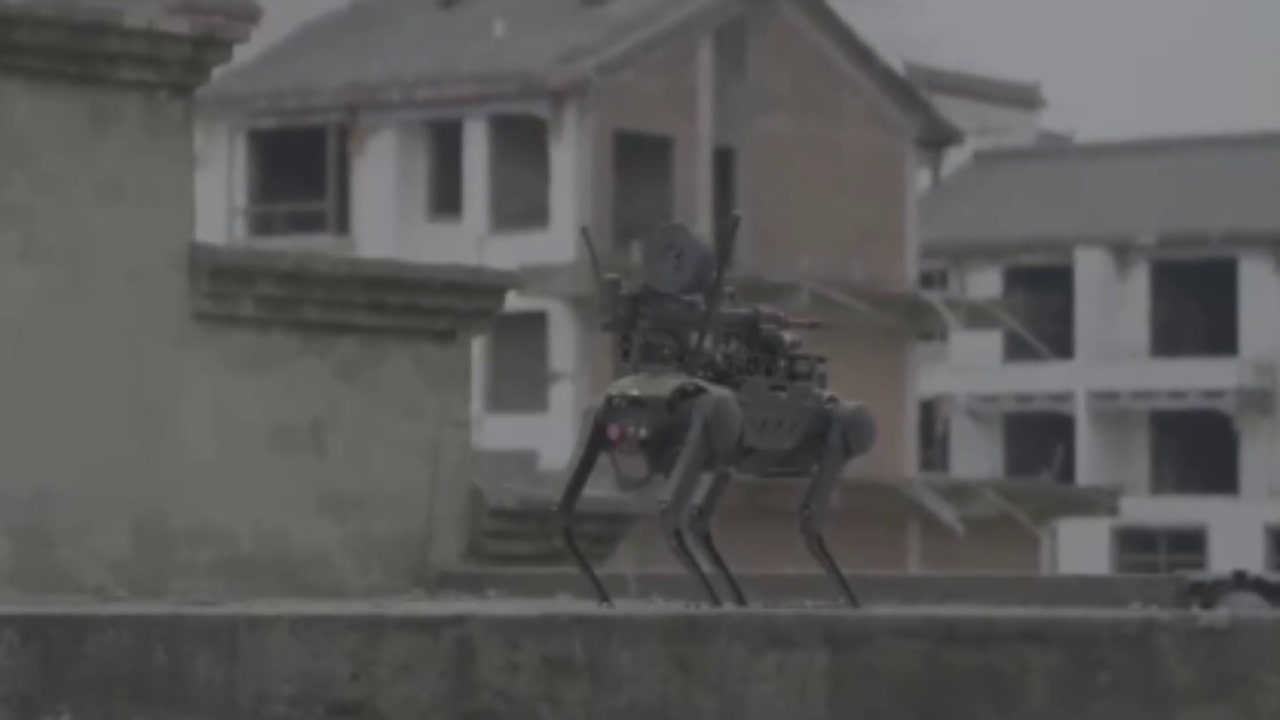 
A Chinese military contractor created a video showing off its terrifying new military technology, revealing a robot attack dog that can dropped off by a drone.

The video that was initially released on the verified Weibo account of “Kestrel Defense Blood-Wing,” a page affiliated with a Chinese defense contractor, shows a drone hovering over a building and then dropping off a robot on the roof. After the drone flies away, the robot gets up on four legs and then begins to scan for targets around the building with what appears to be some sort of automatic weapons attached to its back.

According to a report from WarZone, the weapon mounted on the robot dog is possibly a Chinese QBB-97 light machine gun, which is capable of firing 650 rounds per minute at an effective range of 400 meters.

A description of the robot posted by Kestrel Defense Blood-Wing and automatically translated to English boasts that the weapon can easily “launch a surprise attack.”

“War dogs descending from the sky, air assault, Red Wing Forward heavy-duty drones deliver combat robot dogs, which can be directly inserted into the weak link behind the enemy to launch a surprise attack or can be placed on the roof of the enemy to occupy the commanding heights to suppress firepower. And ground troops [can] conduct a three-dimensional pincer attack on the enemy in the building,” the description reads.

The Chinese technology and other similar weapons have so far been designed to be operated by a human at the controls, though military analysts fear that systems in which robots designed to operate autonomously are in development and could soon be deployed on battlefields.

Autonomous weapons systems would be particularly deadly for opposing forces, with the military that develops them being able to drop them deep behind enemy lines into areas that had previously been too difficult to reach or too dangerous to deploy human soldiers.