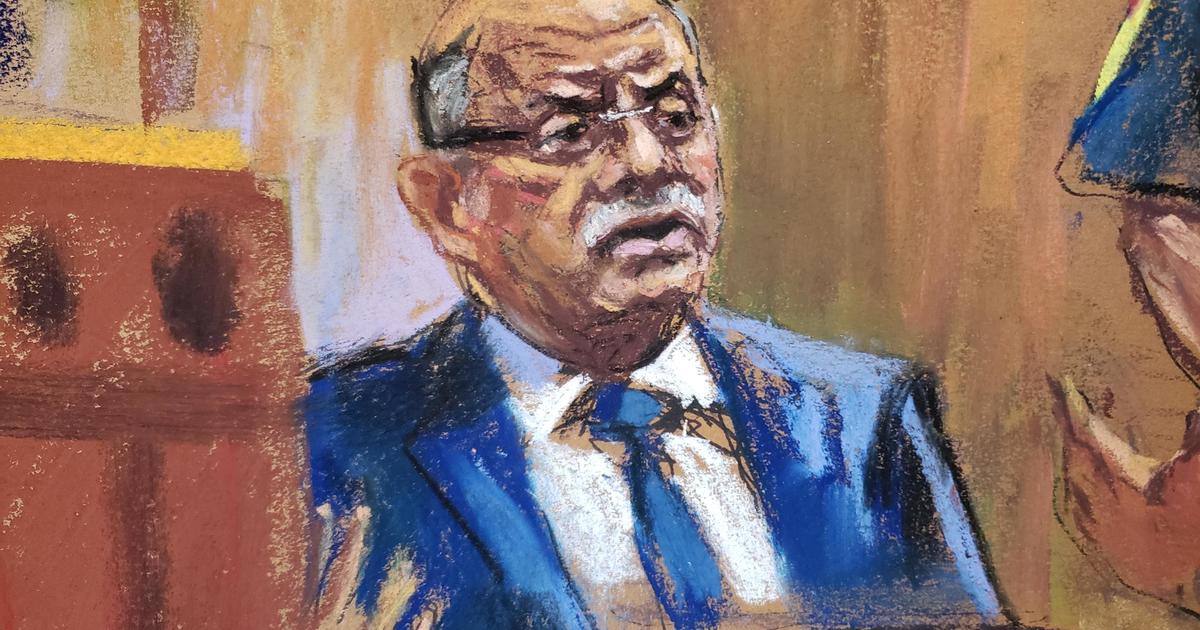 Weisselberg said Donald Trump, or at times Eric Trump or Donald Trump Jr., signed checks to pay up to $100,000 for private school tuition for Weisselberg’s grandchildren. Weisselberg said he then instructed the company’s controller to deduct the $100,000 from his salary, allowing him to report a smaller income. Copies of some of the checks signed by the Trumps have been shown in court.

Weisselberg said the first time Trump signed a tuition check, Weisselberg told him, “Don’t forget, I’m going to pay you back for this.” The payback, he said, was the salary reduction.

Two Trump Organization entities and Weisselberg are accused of more than a dozen counts of fraud and tax evasion. Weisselberg entered a guilty plea in August, admitting to charges filed by the Manhattan District Attorney’s Office accusing him of receiving more than $1.7 million in untaxed compensation.

Weisselberg, who is still on the Trump Organization’s payroll, has over the first two days of testimony described a litany of benefits he and several other executives received for which he said their salaries were similarly reduced to avoid paying taxes.

He said for himself and several other executives, the salary reductions were then mitigated by hefty bonus checks paid to the executives as if they were independent contractors for Trump Organization entities.

“Donald Trump always wanted to sign the bonus checks” before he became president in 2017, Weisselberg said.

That practice ceased during the next two years after an internal review led to changes at the company, he said.

“We were going through a company-wide cleanup process, making sure that since Mr. Trump was now president, everything was being done properly,” Weisselberg said.

Weisselberg said the funds delivered as independent contractor payments were used to set up Keogh retirement plans, tax-deferred pension accounts designed for people who are self-employed.

Defense attorneys for the Trump Organization have said the company did nothing wrong, and laid the scheme squarely at Weisselberg’s feet, saying he hid the salary reductions and independent contractor payments from the Trumps.

Trump Organization attorney Alan Futerfas asked Weisselberg Thursday, “What human being did you scheme with?”

Weisselberg replied, “Jeff McConney,” referring to the company’s controller, who previously testified during the trial. McConney was granted immunity in exchange for grand jury testimony in the case, and blamed Weisselberg for the scheme.

Futerfas continued with questions seeking to differentiate the Trumps from the executives who worked beneath them.

“Did you conspire with any member of the Trump family?” Futerfas asked.

“Did you scheme with Jeff McConney?” Futerfas asked.

“Did you scheme with any member of the Trump family?” Futerfas asked.

Later, Futerfas asked, “Aside from family members, you were among the most trusted people they knew. Is that correct?”

Soon after, Futerfas asked, “Are you embarrassed about what you did?”

Choking up, Weisselberg replied, “More than you can imagine.”

Earlier Thursday, Weisselberg said under questioning by a prosecutor that other executives at the company were active participants in, and beneficiaries of, similar salary and bonus arrangements.

Weisselberg described arranging for his son Barry’s family to live in a newly-renovated apartment on New York’s tony Central Park South. He said the location was convenient for Barry Weisselberg’s job as manager of an ice rink and carousel run by the Trump Organization in Central Park. Allen Weisselberg said his son paid $500 out of pocket and $500 from his salary per month to rent the apartment, which he described as a “below market” rate.

At the time, Allen Weisselberg and his wife lived in an $8,200 per month company-owned apartment under a lease agreement signed by Donald Trump himself.

Peter Stambleck, an attorney for Barry Weisselberg, declined to comment.